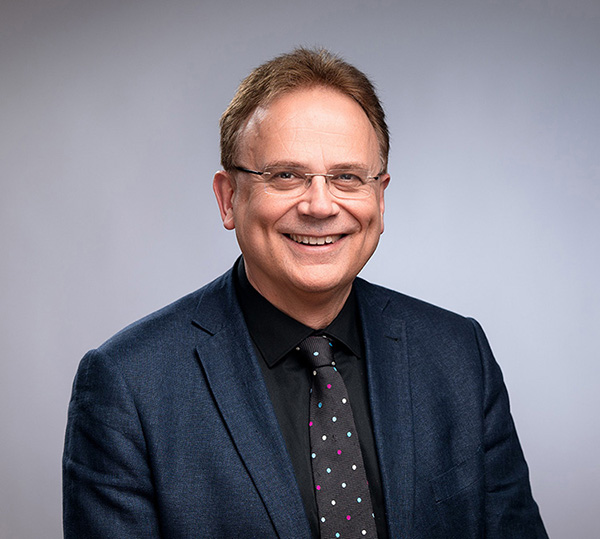 Professor Martin Hellström will be the new Vice-Chancellor at MDU.

Professor Martin Hellström will be the new Vice-Chancellor at MDU. The notification came from the Government today.
“I am delighted and very honoured by the trust bestowed on me. I am looking forward to getting to know the organisation and meeting employees, collaborative partners and students at MDU," he says.

Pär Eriksson, Chair of the Board of MDU, is pleased with the announcement.
“Professor Martin Hellström has proven to be an experienced and well-proven academic leader, with more than 30 years of experience in teaching, research, supervision and leadership," he says.

Pär is convinced that Martin's commitment to learning and educating the whole person and his active voice in the public debate, will be incredibly positive for MDU in the future.
“Martin's strong belief that development occurs when knowledge from academia and the surrounding community meets is in line with MDU's vision of being a progressive and collaborative higher education institution,” he says.

Age: 60 years
Family: Partner and two children.
From his CV: Martin Hellström was born in 1962 in Essen, Germany. He has a Bachelor’s Degree from the Ruhr University Bochum (Ruhr-Universität Bochum). During his Research Studies he specialised in medieval literature from the 13th century and in 1990 he publicly defended his doctoral thesis: Veritas amoris. Martin Hellström moved to Sweden in 1991 and started working as a Senior Lecturer at Umeå University. In 2011 he was appointed Professor of German with a specialisation in general literary studies at the University of Gothenburg. In 2012 he worked as Professor of general literary studies specialising in didactics at the University of Borås. Martin has been Vice-Chancellor at University West since 2017.