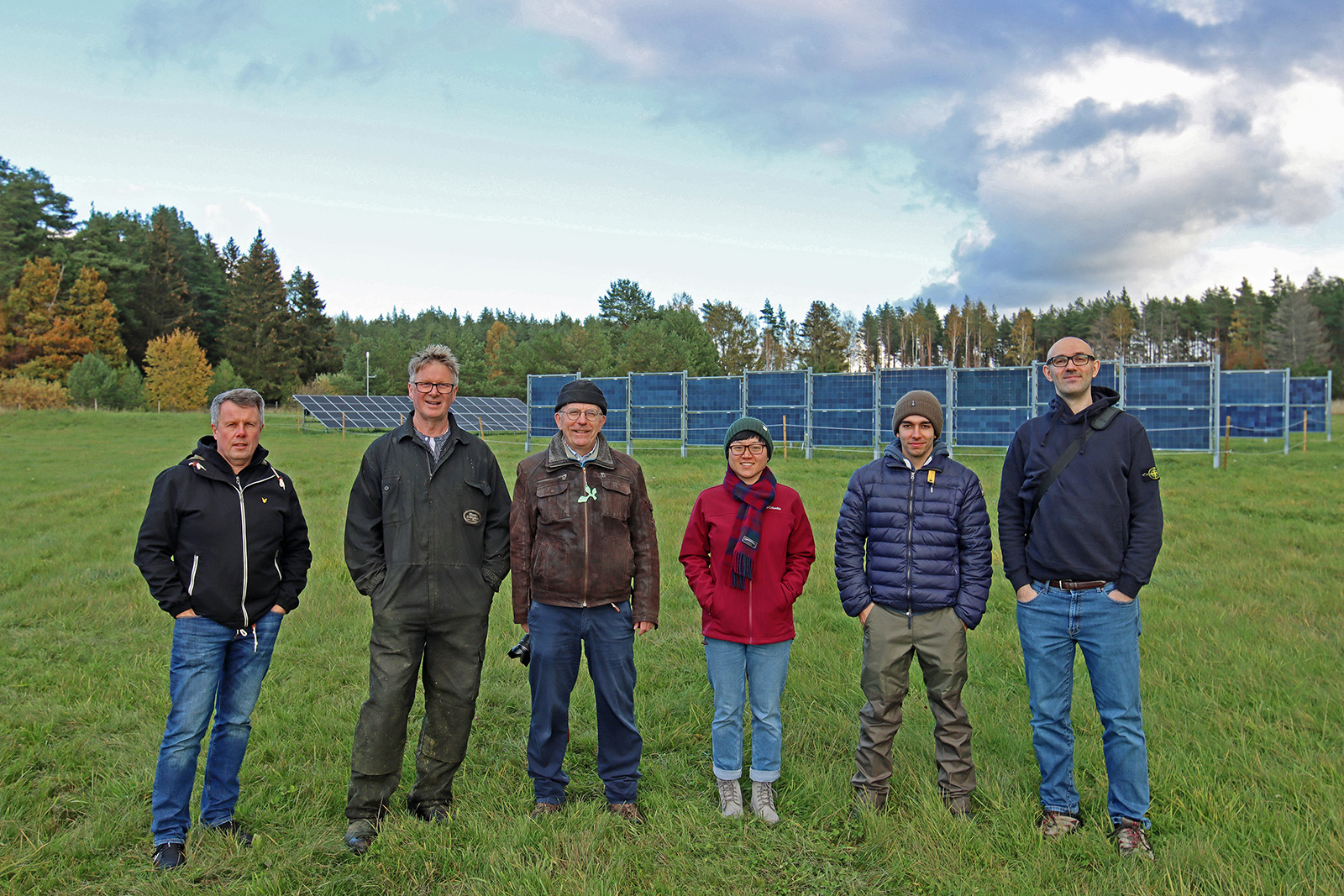 The agrivoltaic research team at the solar cell panel array at Kärrbo Prästgård farm, outside Västerås.

The 2022 Solar Energy Award in the Achievement of the Year category goes to a research project at Mälardalen University, which investigates the possibilities of combining solar cells with cultivation on farmland.

The agrivoltaic research project is managed by researchers Bengt Stridh and Pietro Campana at Mälardalen University (MDU). The project focuses on investigating the possibility of combining solar cells and cultivation on agricultural land, at Kärrbo farm outside Västerås, with promising results.

The team and the project have now been named winners of the Solar Energy Award in the Performance of the Year category. This was the jury’s motivation:

“While the public debate is currently ongoing about how agricultural interests should be weighed against the energy transformation, the agrivoltaic team at Mälardalen University has invested in combining the two. With a unique test facility in Sweden and a simulation model that is also internationally sought after, this team has provided an effective breeding ground for both fields of crops and research arenas in Sweden and in the world. The jury views agrivoltaic systems as having great potential, which can play a significant role in the expansion of solar energy production in Sweden. It can also contribute to the energy transformation, food production and farmers' profitability."

Bengt Stridh had the following comments on winning the award:

"It is a real honour and fantastic that our agrivoltaic team has been presented with the Solar Energy Award. It’s a topical subject and we have started a unique research project in Sweden which is highly in demand. I believe we are doing something that can make a huge difference to the Swedish electricity supply, the development of the solar cell industry and the profitability of farmers. "Agrivoltaics" can resolve the conflict between using farmland for agriculture or solar energy production. We don’t need to choose one or the other as there are good opportunities to use farmland for both purposes."