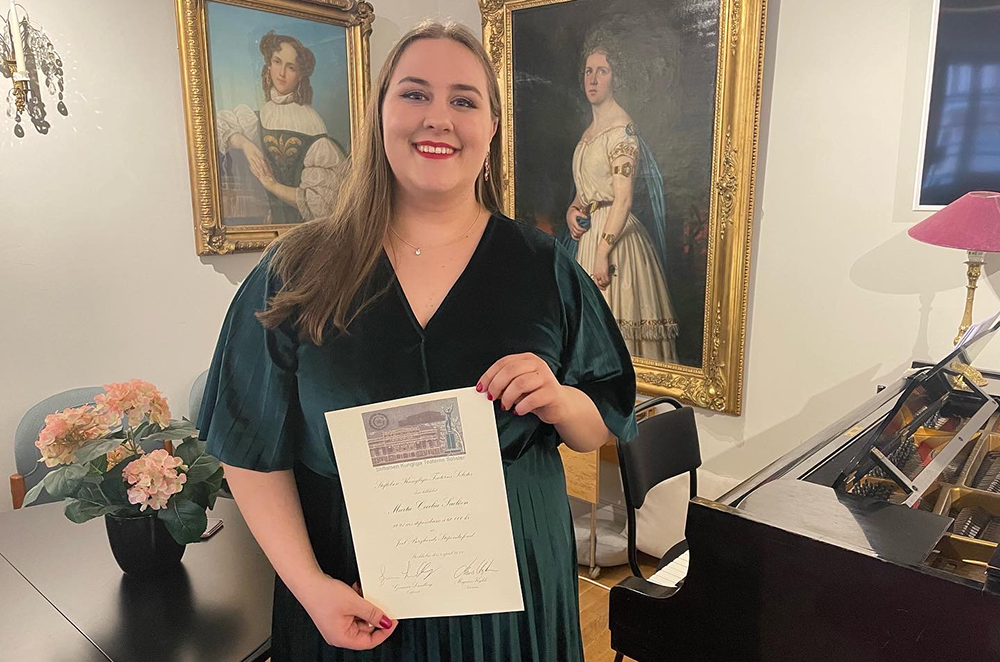 Marta Cecilia Saelöen has won this year’s prestigious Joel Berglund scholarship. She is an opera student at the Academy of Music and Opera at Mälardalen University.

– This is a great honour. Not only to perform my piece before this jury, consisting of prominent opera singers, but also to receive a recognition of qualification. It is really motivating and inspirational to be awarded this scholarship considering the tough competition, says Marta Cecilia Saelöen.

She is currently in her final year on the Chamber Music programme at the Academy of Music and Opera, Mälardalen University, where she is studying under singing professor Lena Hellström-Färnlöf. Prior to that, she studied at Malmö Latin upper-secondary school, where she specialised in classical singing. She then spent two years at the music school in Vadstena, where Anders Düring was her singing teacher.

– I prepared myself for the audition together with my singing professor Lena Hellström-Färnlöf. When the day came, I travelled to Stockholm with butterflies in my stomach with the aim to do my best. Lena has a healthy, instructive, fun and inspiring way of teaching and she motivates me to become a better singer, says Marta Cecilia.

This year the following opera singers made up the Joel Berglund scholarship jury: Alexandra Büchel, Katarina Dalayman, Göran Eliasson and Carl Ackerfeldt. The other scholarship holder was mezzo-soprano Rebecka Wallroth, who is currently studying at the University of Music and Performing Arts in Vienna (Universität für Musik und darstellende Kunst).

– I can hardly believe that a singing student from the Academy of Music and Opera at Mälardalen University has received this scholarship, together with a singing student from a reputable music programme in Vienna. There were many singers who came from Sweden and other parts of Europe to audition at the Royal Swedish Opera in Stockholm. The scholarship is a huge honour for Marta and also for us at MDU, and I am delighted that we stand out in the fierce global competition, says Professor Lena Hellström-Färnlöf and concludes:

– Marta has all the prerequisites to go really far with her singing. She is dedicated, has an enchantingly beautiful voice and a touching expression. It is a joy to be her singing teacher and coach and to be with her on this exciting journey, says Lena Hellström-Färnlöf.

”Marta Cecilia Saelöen has a voice that fills the whole room with harmony and her fluid soprano has that little extra which really moved us. She has a lovely personality and creativity in her voice and we believe she will eventually blossom on the big stages.”

The Joel Berglund Scholarship is administered and awarded by the Royal Opera's Soloists. The Scholarship was established in 1986 and the purpose of the Fund is to assist young singing students. 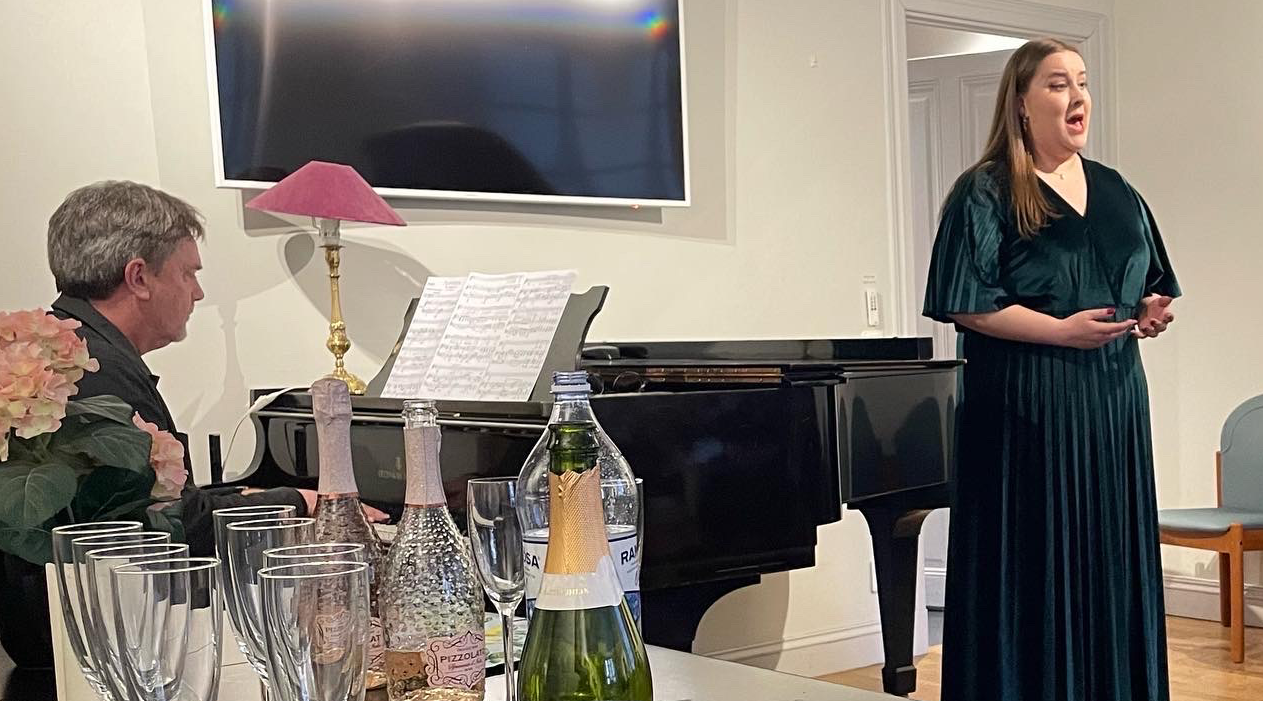 Marta Cecilia Saelöen sang during the award ceremony. Allerseelen by Strauss. Michael Engström accompanied her on the piano.

Make your dream come true – educate yourself in classical music and opera at the Academy of Music and Opera at Mälardalen University. You will study under some of the country's most prominent music teachers in historic premises at Västerås Castle where together you will reach your full potential as an instrumentalist and singer.