"Water correctly with the correct amount to optimise the harvest" 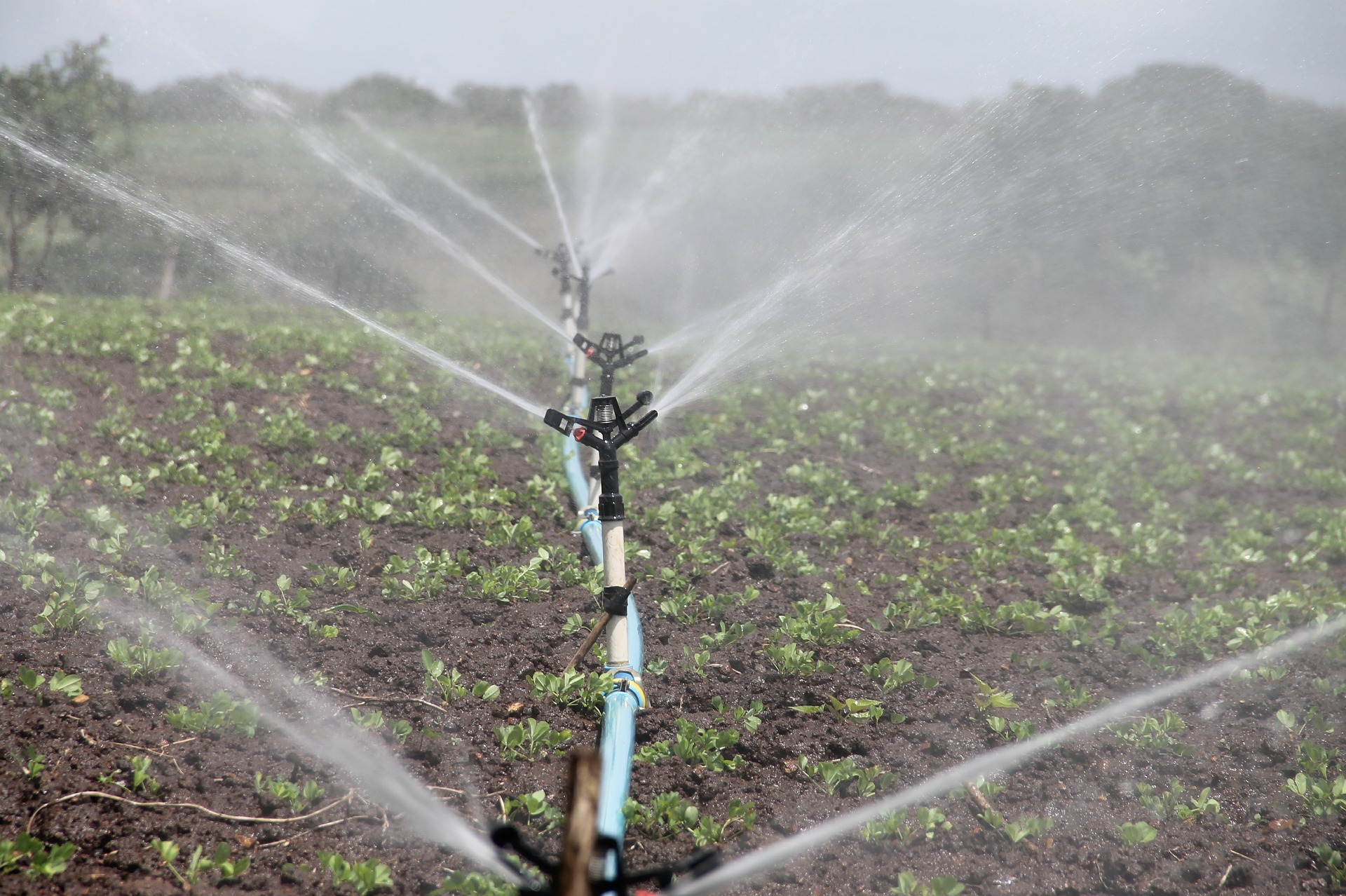 At MDH, research is underway on an irrigation system based on climate data from SMHI and space technology from NASA. The system is primarily developed to provide guidelines for irrigation to Swedish farmers, especially during periods of drought.

In the future, it will become increasingly important to take into account the relationship between water, energy and food in order to secure food supply, both in Sweden and globally. At Mälardalen University (MDH), research is underway to develop systems that make it easier to chart the weather to optimise water consumption when irrigating arable land and crops, by using climate data from SMHI (the Swedish Meteorological and Hydrological Institute) and NASA.

The concept of the Water-Energy-Food Nexus grew in popularity after the World Economic Forum in 2008, where it was used to highlight the relationship between water, energy and food systems in terms of food safety linked to global crises. Since then, several different WEF models have been developed around the world, but the hardest nut to crack is to come up with a model that shows how the different areas of water, food and energy interact with one another. This is where MDH's research comes into the picture.

Calculate the consumption of water, energy and food

– The quicker you understand the significance of the connection between water, energy and food, the quicker you will also realise the importance of water. We cannot get access to energy without access to water, because most of our energy comes from hydropower plants or thermal power plants that require water for cooling. Relatively new clean energy technologies, such as solar cells and solar concentrating power plants, also require a lot of water. Without water, our food production system cannot be maintained, which threatens our access to food, both in Sweden and globally, says Pietro Campana.

Guidelines for irrigation during drought

The system, based on climate data from SMHI and space technology from NASA, is called SWEDIMS (SWEDish Irrigation Management System) and isprimarily developed to provide guidelines for irrigation to Swedish farmers, especially during periods of drought. It is based on a visualisation platform and will help farmers to better understand the link between water and energy use as well as food production. The system can also be used by water and energy management suppliers to better distribute water as a natural resource.

– Despite our geographical location and the abundance of water resources that we have access to here in Sweden, we can also be affected by drought. This became clear during the hot and dry summer of 2018, and with climate change it is highly likely that we will have regular periods of drought even here in the future.

Water correctly and with the correct amount to optimise the harvest

Therefore, in the future, it will become increasingly important to optimise the amount of water that is used for the irrigation of fields and crops for example. In other words, it is important to water correctly and with the correct amount to get an optimal harvest without wasting water as a resource.

In a normal year, this irrigation system can lead to significant water savings compared with conventional irrigation guidelines. The results that have emerged show that what is called temperature stress during the 2018 drought played a key role when harvests were reduced by up to 35 per cent. By using an irrigation system that waters correctly with the right amount at the right time, it would not only optimise harvests, but also both reduce water and temperature stress and, in this way, mitigate the likely negative effects of climate change.

Pietro Campana is now looking forward to working further with SWEDIMS and launching the product.
- I want to expand the system so that it can also chart the rest of Europe,he says. 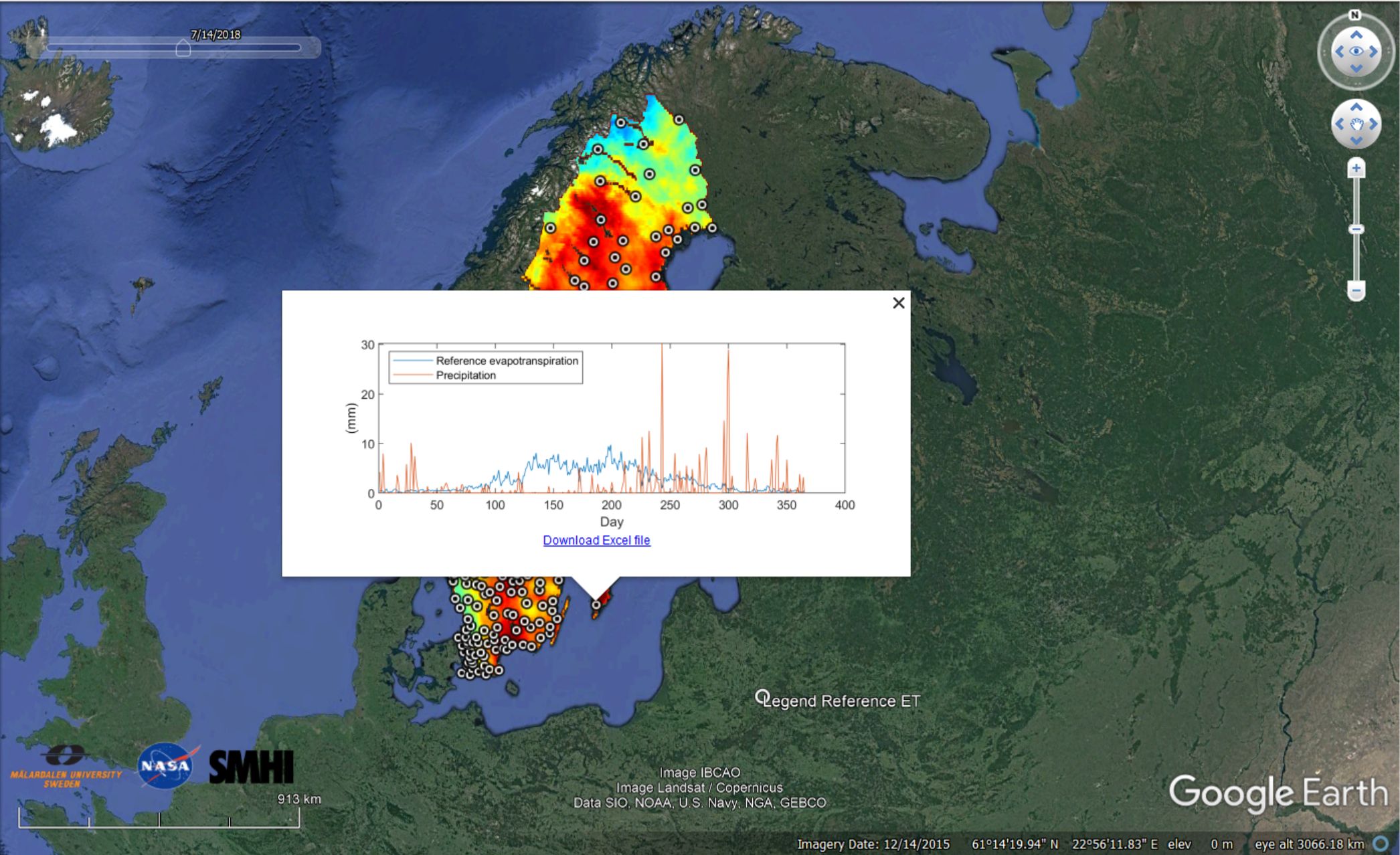 The blue curve shows the reference evapotranspiration while the orange curve shows the precipitation pattern. Both refer to a daily time step for the entire 2018 (from day 1 first of January to the last day of the year in December). Both the refer to that location south of Gotland. 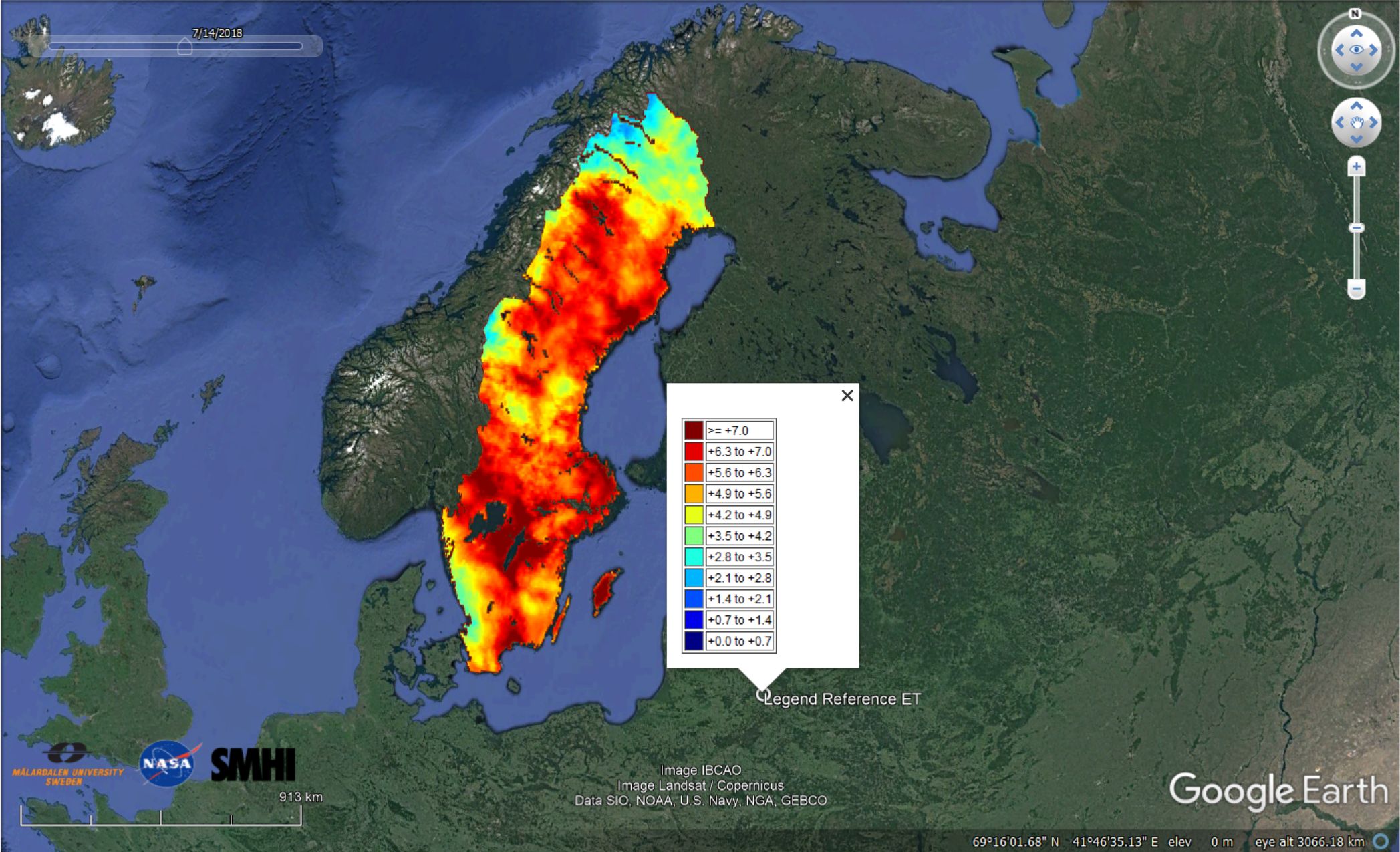 The image show the daily reference evapotranspiration all across Sweden the 7th of July 2018.

Involved in other projects

Pietro Campana is also involved in a research project that focuses on the possibility of combining cultivation and electricity generation through solar cells. This project is also included in the Royal Swedish Academy of Engineering Sciences’ (IVA’s) annual list of 100 research projects with the potential to change the world. The projects are specially selected to create value for companies or society in the form of knowledge, processes, products and business development.

In the future it will be possible for us to use solar cell systems which combine agriculture with the production of electricity. At MDH a research project is being conducted which for the first time in Sweden will investigate the double benefits of precisely this. The result could for example lead to a considerable increase in the production of solar power.