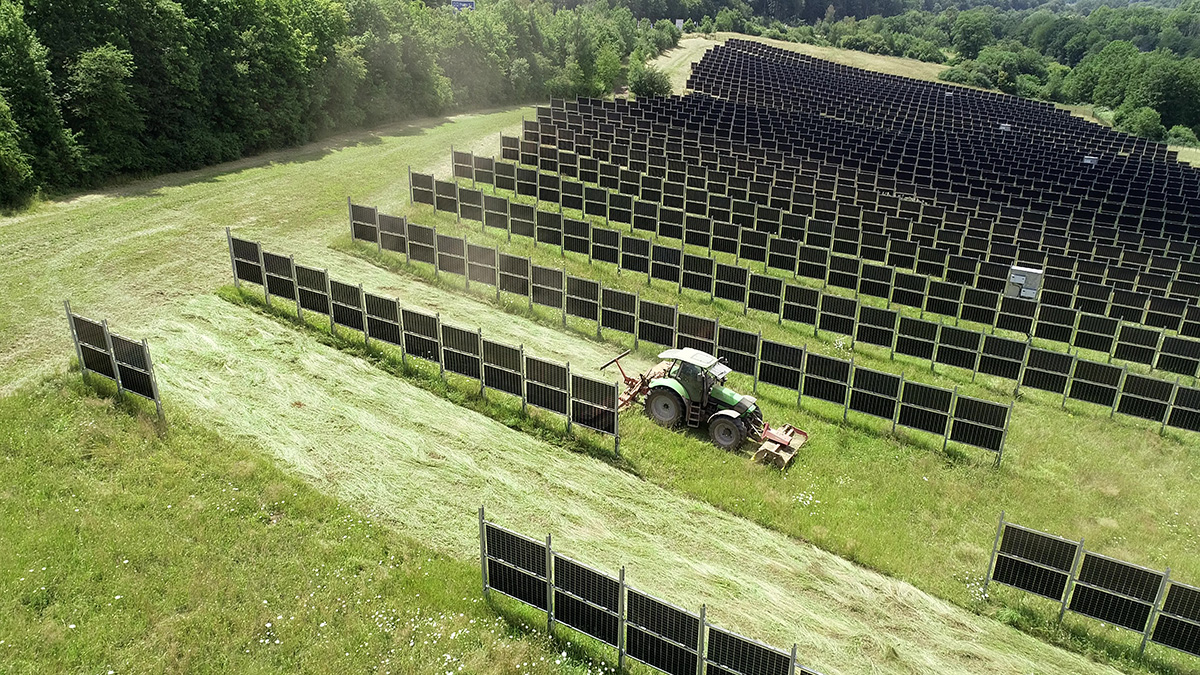 At MDH a research project is being conducted which for the first time in Sweden will investigate the double benefits of solar cell systems that combine agriculture with the production of electricity (Photo: Next2Sun GmbH)

In the future it will be possible for us to use solar cell systems which combine agriculture with the production of electricity. At MDH a research project is being conducted which for the first time in Sweden will investigate the double benefits of precisely this. The result could for example lead to a considerable increase in the production of solar power.

In an agrivoltaic solar cell system, agriculture and electricity are combined with the aid of solar cells. Thereby there are double benefit to be gained from the farmland used, which gives more profitable investments for solar cell systems. In warmer countries, research projects have shown that shading from solar cells can contribute to lower temperatures and higher soil moisture, which can benefit the crops grown and reduce the need for irrigation. At the same time, the crops can generate a more suitable ambient temperature for the solar cells, which is favourable for them since their efficiency increases with a lower temperature.

In a research project at MDH, an agrivoltaic solar cell system will now be installed and evaluated for the first time in Sweden, regarding both solar power production and agriculture.

During the spring 2021 an agrivoltaic solar cell system will be installed at Kärrbo Vicarage outside Västerås. The solar cell modules are double-sided, which means that both their fronts and backs will contribute towards generating solar power. Measurements will be taken of several parameters, such as solar radiation to the solar cells and to the ground, air temperature, solar cell temperature, soil moisture, solar power production and the growth of cultivated mounds of grass and clover.

– If there are good results from the project it will open up a new and probably big market for solar cells, where agriculture and power generation can be combined. This would give a considerably increased potential for solar power production in Sverige, and contribute towards solar power acquiring a considerably larger share of Sweden’s electricity mix than what it has today, says Bengt Stridh, Senior Lecturer at MDH.

The project is being led by Associate Professor Pietro Campana at MDH. It receives financial support from the Swedish Energy Agency and the participating companies contribute with co-financing.

This is how MDH work with the sustainable development goals

On 1 January 2016, the 17 Sustainable Development Goals (SDGs) of the 2030 Agenda for Sustainable Development — adopted by world leaders — officially came into force. Over the next fifteen years countries will mobilize efforts to end all forms of poverty, fight inequalities and tackle climate change, while ensuring that no one is left behind. This is how MDH work with the sustainable development goals.