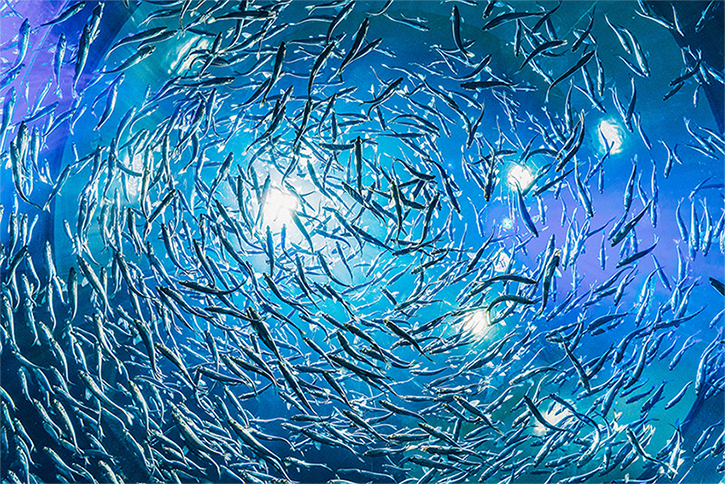 Is it possible to increase and improve the production of fish in East Africa with the help of mathematics?

Is it possible to increase and improve the production of fish in East Africa with the help of mathematics? This is what researchers are investigating at MDH, in cooperation with Makerere University, Kampala, in Uganda. There can be different goals with streamlining the production of fish. In this case the purpose of the research is to see how many kilos of fish can farmed from ponds and lakes.

– In East Africa, and in large parts of the world, there is a shortage of meat and fish. We would like to prevent people in these regions from becoming ill through lack of protein or from dying of starvation, says Linus Carlsson, Senior Lecturer in Mathematics.

The research project, which is funded by the ISP (International Science Programme) at Uppsala University, was begun as early as 2017. Then the focus was on studying models for the strategy of harvesting fish, in this case African catfish, in ponds and small lakes. To be able to evaluate what harvesting strategy is the best, the researchers use mathematical models and numerical methods for investigating which scenario is the optimal way to obtain as many kilos of fish as possible.

– The models are what is known as structured population models, which take account of the needs and characteristics of the different species of fish in different stages in their lives. In this way the models can be used to take account of the survival of the transplanted fish, the financial gain and how many kilos of food can actually be obtained, says Linus Carlsson.

The research has now been deepened, and Linus Carlsson, together with his doctoral student Loy Male at the university in Uganda, is investigating the advantages with several species of fish in the ponds and lakes.
– That’s just what mathematics is so useful for. We can evaluate lots of different scenarios and make simulations in a very quick and efficient way since it takes a long time to investigate if we were to test the scenarios in reality. For example we can now already see that it will be more economical and that the amount of food increases if we farm at least two species of fish: African catfish and Nile Tilapia instead of just one species, says Linus Carlsson.

Leads to improved health among the population

The purpose of the research is that the research findings will reach the decision-makers at the Ministry of Agriculture in Uganda, so that they can be transformed there into guidelines for how fish farming in small companies in East Africa ought to be carried out.
– By extension, the research findings will hopefully have an effect on the production of protein in developing countries, which in turn will lead to improved health among the population, concludes Linus Carlsson.

The purpose of the research is, apart from improved fish production, also to broaden the competence and strengthen the research capacity in chemistry, physics and mathematics at the universities in East Africa. This is being done within the frame of the ISP (International Science Programme) at Uppsala University, and several researchers in Mathematics at MDH are supervising doctoral students from Uganda and other countries in the region. By doing this, MDH is contributing towards strengthening both academic education and research by supervising new researchers from this region.

The research project is linked to the UN’s global goals for sustainable development numbers 1, 2, 3 and 9, which deal with eradicating poverty, eradicating hunger, guaranteeing health and promoting innovation.

Do you like Mathematics? We have several Mathematics programmes at MDH.